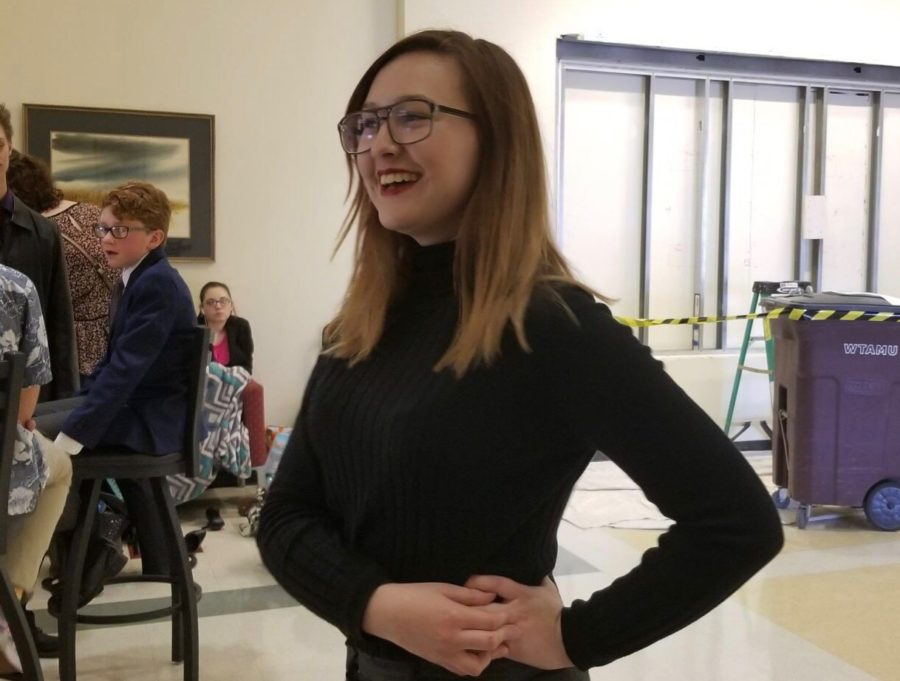 Captain of the speech and debate team, senior Bonnie Bell can do more than just talk really fast. She is the stage manager for JV theatre, a member of NHS, and is currently starting a Model UN team.

To achieve all of the accomplishments she has made in the field of debate, Bell has spent plenty of time doing some peculiar practice drills – including stretching her mouth with a pen.

“I used to do speaking drills every night,” Bell said. “They involved reading backward, stretching my mouth with a pen – which is quite uncomfortable, and timing myself until I met my goal.”

With the time-consuming practices, her work surely pays off when it comes time to participate in the many competitions with debate, many including current events surrounding politics.

“Right now we’re just getting the season started, but when we get out feet on the ground it’s going to be nonstop,” Bell said. “A lot of our recent topics are related to the autonomy of the media as an agent independent of the government.”

When Bell first started, she didn’t want to go down the path of debate, but with the help of a past high school teacher, she was persuaded.

“I actually didn’t want to in the beginning,” Bell said. “When I was attending Borger High, my previous coach, Cody Duncan, told me that debate would help me overcome my panic disorder. I tried to quit so many times, but he wouldn’t let me. Now I’m glad he didn’t.”

Participating in the debate team has been a pivotal role in Bell’s life by not only helping her discover who she is, but what she plans to do with herself and future.

“I used to be very shy and reserved,” Bell said. “Debate brought me out of my shell. More than that, it’s also introduced me to what I want out of my life; to combat injustices.”

Bell has participated in debate since her freshman year and plans on continuing the debate path in college.

“I’ll be attending either the University of Texas or the University of North Texas to double major in Public Relations and Political Science,” Bell said. “I’m hoping to be a member of the debate team on the college circuit. Once I get my degrees in both majors, I want to work in international politics and do work in Bangladesh to improve working conditions.”

Bell said shehas put a lot of time and effort into the program and hopes that the debate department not only grows at home but all across the world as well.

“I just hope it continues to flourish and introduce other people like me to themselves,” Bell said. “Debate is incredibly underrated given the universal skills it provides and how it helps you grow. I want more people in the future to be able to experience what I have.”