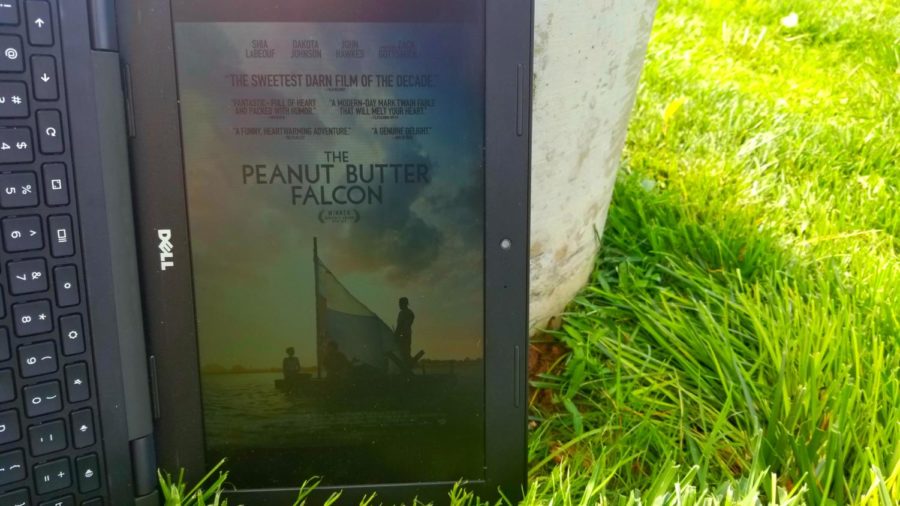 "The Peanut Butter Falcon" is a story about a man with down syndrome who breaks out of his care center to go to a wrestling camp in North Carolina’s outer banks.

As I walked into the theater, waiting in line for food, I was surrounded by people who were catching “It: Chapter Two” or the new critically acclaimed film “Hustlers” with Jenifer Lopez that made a surprising splash at the box office. As I sat down to watch “The Peanut Butter Falcon,” a new indie film from first time directors Tyler Nilson and Schwartz starring Shia Lebouf, Dakota Fanning, and newcomer Zack Gottsagen, I wasn’t sure what to expect.

“The Peanut Butter Falcon” is about Zak, played by Zack Gottsagen. Zak has down syndrome and breaks out of his care center to go to a wrestling camp in North Carolina’s outer banks. Along the way, he befriends Tyler, Shia Lebouf, a man on the run with a tragic past he’s trying to lose. While these characters are trying to escape to the camp, they’re tracked by Eleanor, Dakota Johnson, who eventually becomes sympathetic toward their cause and joins.

This movie excels off of the relationship built by Gottsagen and Lebouf. Gottsagen, who in real life has down syndrome, brings a charisma and truth to his role, being self aware to the hate around his life while searching for his own independence. He’s genuinely funny at points without the use of physical comedy, despite the movies use of it. Lebouf, however, is hit or miss. While his relationship with Gottsagen’s character feels genuine and caring, his interactions with other characters in this film have an unintended intensity, feeling like Lebouf force’s every line, to which it feels like he’s overacting.

Fanning’s acting is fine; she wasn’t given a chance to do anything special. Her relationship with Lebouf’s character is forced and unnatural, made extremely apparent from the first scene the are in together. It gets better at the end, as I think they get into a more comfortable groove together, but still it’s still felt forced by the script.

Everything else about the script and production is phenomenal.  The setting provides an interesting and untouched look at a lower class section of America. The soundtrack provides the perfect southern-indie feel that gives a nice mellow tone. While I don’t think purposeful, the characters growth becomes slowly more compelling and likeable. It feels like the movie was shot sequentially, as the actors get more comfortable and bring a more convincing relationship with each other throughout the film. By the third act, you truly care for these characters. It’s cinematography is nice and simplistic, emphasizing the swampy outbacks, but does feel a little too bland at times, but it gets the director’s vision across perfectly.

“Peanut Butter Falcon” is all-in-all a great film, led by a great performance by Gottsagen and a strong support from Lebouf. This movie grows on you and forms into one of the years best feel-good films. While it´ll most likely fly under the radar because of the limited release in theaters, I highly recommend checking it out when it hits VOD or most likely a streaming service, 8/10.