Students Judge Others Too Easily 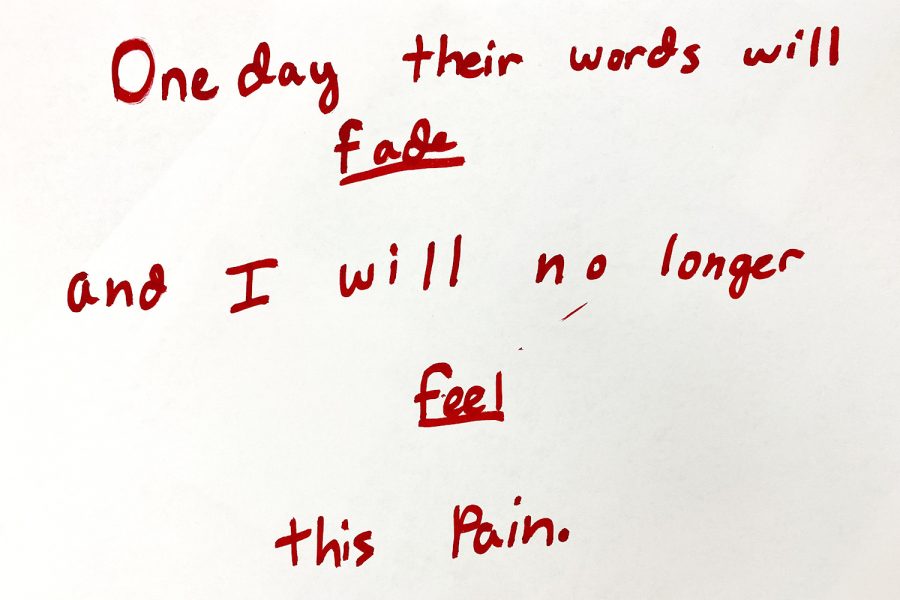 Unfortunately, these two things are a part of every day society, and in high school, they seem to be magnified. The simple truth is we have created a society where we compare ourselves to others, and to make ourselves feel better, we judge.

No one should have to live in the dark and hide parts of themselves from the rest of the world. Everyone is human. Everyone has flaws, and no one has the right to point them out.

Spreading gossip and rumors is dangerous and can create long-lasting or permanent effects on others. Those who suffer from things such as depression, anxiety and bipolar disorder can be especially sensitive to harmful words.

It takes five compliments to outweigh just one negative comment that someone spouted out. In a high school setting, it is not uncommon for a group of “friends” or classmates to tease each other. If a group of seven each had something negative to say it would take at least 35 nice comments to even start to repair the possible harm they created.

Some teens pride themselves on being “honest” and “truthful” and view their comments as constructive criticism so others know how they can improve. However, not everyone is ready to hear what the world has to say about them.

Rather than trying to break everyone down so your the only one that stands out, students should support each other. Everyone should have a chance to show just how amazing they truly are. Go talk to someone new, see if you can make them smile.