What Will Disney Cancel Next? 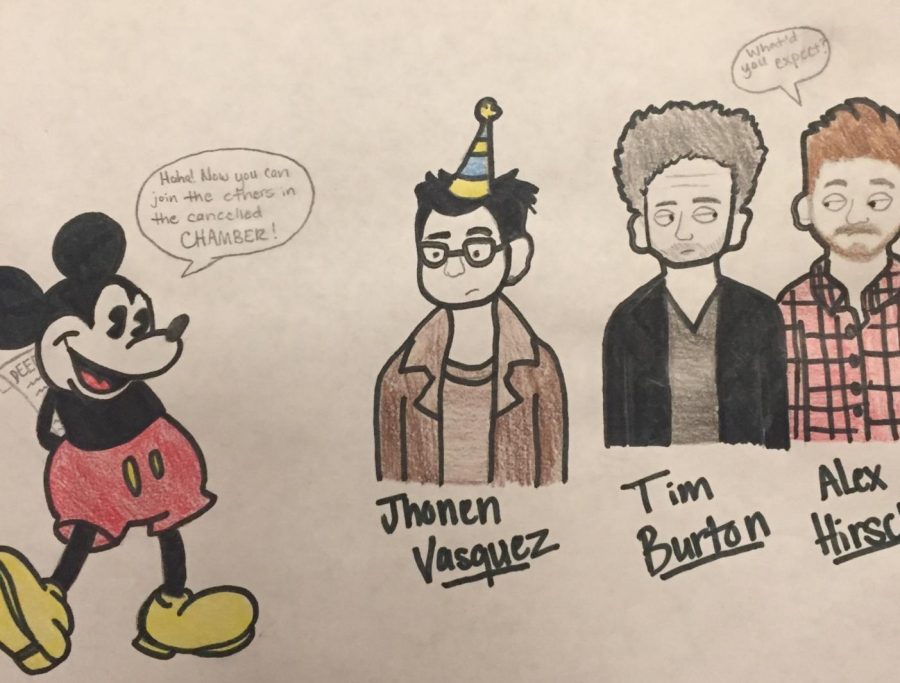 Recently, it has come to the attention of many in the animation community, that Disney is responsible for a lot of cartoonist’s failed pieces. A year prior to this spring, famous ‘Invader Zim’ creator, Jhonen Vasquez had teamed up with Disney to create a pilot titled ‘Very Important House’. A short time after it was greenlit, Disney pulled it from airing and ultimately cancelled the project. This caused an uproar from Vasquez’s fans, including myself which sparked me to make this drawing. Hopefully if Vasquez makes any future projects, they end up airing.