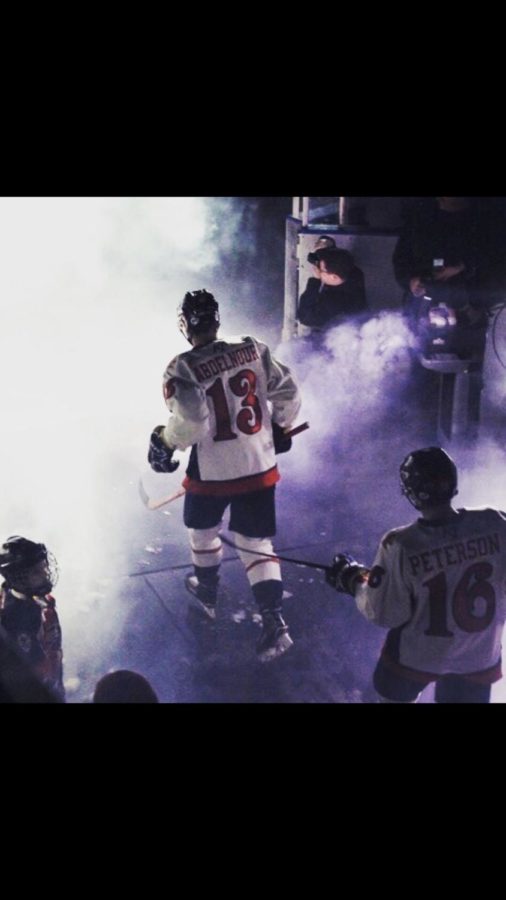 The Amarillo Bulls season opener is Sept. 15. The Bulls get players from all around the world and 19-year-old, Alex Lycett is one of them. Lycett is from Trenton, Michigan and has been skating ever since he was two. To get ready for the upcoming season, Lycett said he works out, shoots pucks, and stick handles everyday.

“My dad played hockey at Michigan State,” Lycett said. “I’m trying to follow in his footsteps and play division one.”

There are 15 forward players total and Lycett is one of them. Lycett said being a teammate means you have to sacrifice yourself for the betterment of the team. Although he enjoys playing hockey, he makes school work a priority.

“The rink is the only place in the world where I am stress free,” Lycett said. “It’s actually necessary for me to get away for a few hours. It allows me to focus on school when I need to.”

Most of the Bulls players live with a local host family during the season, which is called a billet family. Lycett is currently living with sophomore Lauren Corea’s family. This is the second year the Corea family has been a billet family.

“We form brother sister relationships,” Corea said. “We fight, laugh, and we’re just like a brother and sister, but just temporarily.”

“I’m sad and happy at the same time,” Corea said. “I’m ready for my freedom but not ready to see them go.”

Corea attends all of the Amarillo Bull’s games.  She enjoys going to all of the games and getting to take the sports photos for the hockey players.

“My favorite thing about hockey is being able to yell at them when they are fighting and when they score a goal,” Corea said.