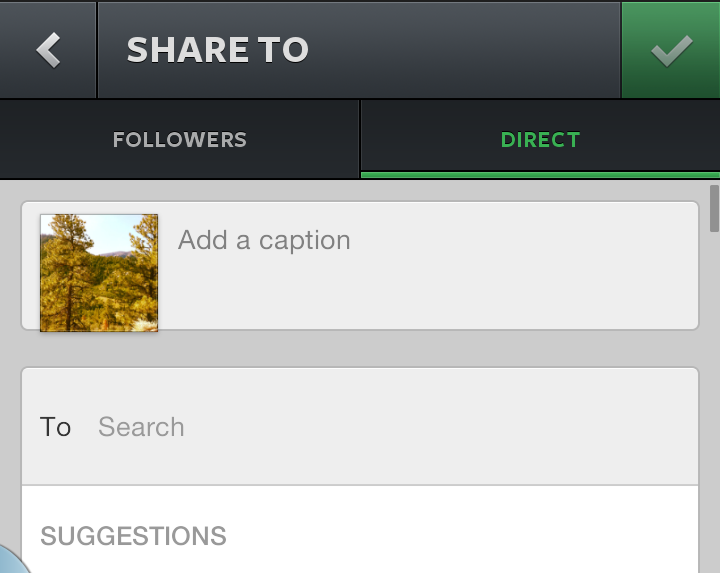 Many think Instagram Direct is mimicking Snapchat. A man named Ellis Hamburger blogged about the dilemma. He accurately described Instagram Direct as “Snapchat, but without the disappearing act.” The feature is based around pictures that are only accessible to certain people. It makes Instagram more personal and special. Teenage girls now have the option of sending their charming selfies directly to their object of affection, instead of relying on fate for his flattering comments and likes.

The general social media population is of the opinion that Instagram Direct is “ephemeral,” meaning it will fade into the past faster than New Year’s resolutions. However, the Instagram blog says the feature is “a means of visual communication.”

At the launch of the update, Instagram posted that Instagram Direct will be used for sharing things you find “special.”

“There are moments in our lives that we want to share, but that will be the most relevant only to a smaller group of people—an inside joke between friends captured on the go, a special family moment or even just one more photo of your new puppy,” their blogger said. “Instagram Direct helps you share these moments.”