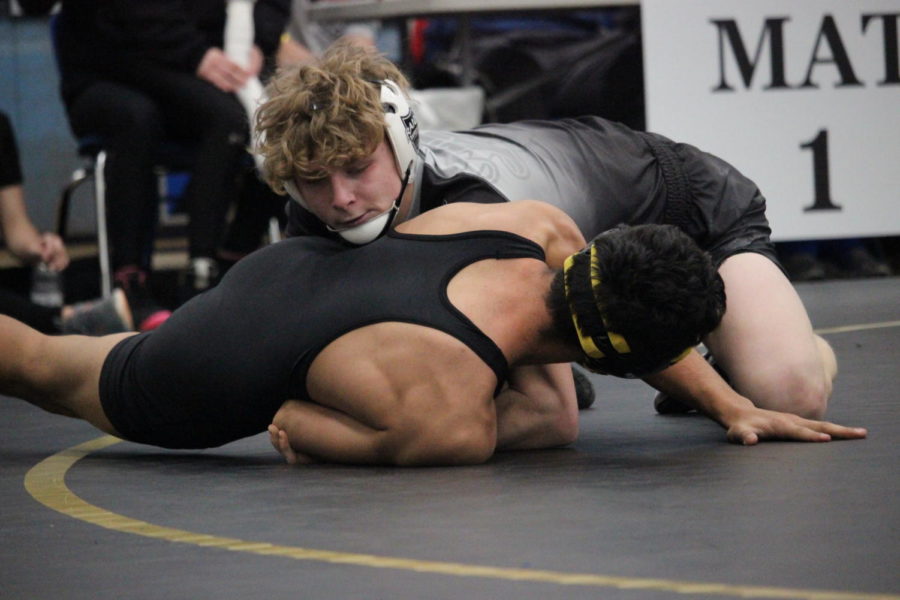 This past weekend, both the Lady Raiders wrestling team and the Raider wrestling team traveled to El Paso to compete in the regional tournament. Both teams competed in the District meet on Feb. 9 and took home a district title for both teams, getting them one step closer to a state title. Varsity Wrestling coach David Quirino had a total of 20 of his wrestlers advance to the regional tournament.

With two successful playoff meets under their belt, the Raider wrestling teams left Wednesday to compete in the UIL Texas State tournament in Houston. The wrestlers will begin competition today and concluding Sunday.

The Raider wrestling team has six boys competing for state: seniors Tony Zepeda and Xavier Torres, juniors Johnathon Ortegon and Xavier Norton, and sophomores Moses Torres and Jaydn Heaton. The team previously tied for the 5A State Championship title with Dumas last year. Fans can follow both teams and will have the opportunity to watch them at TrackWrestling.com.