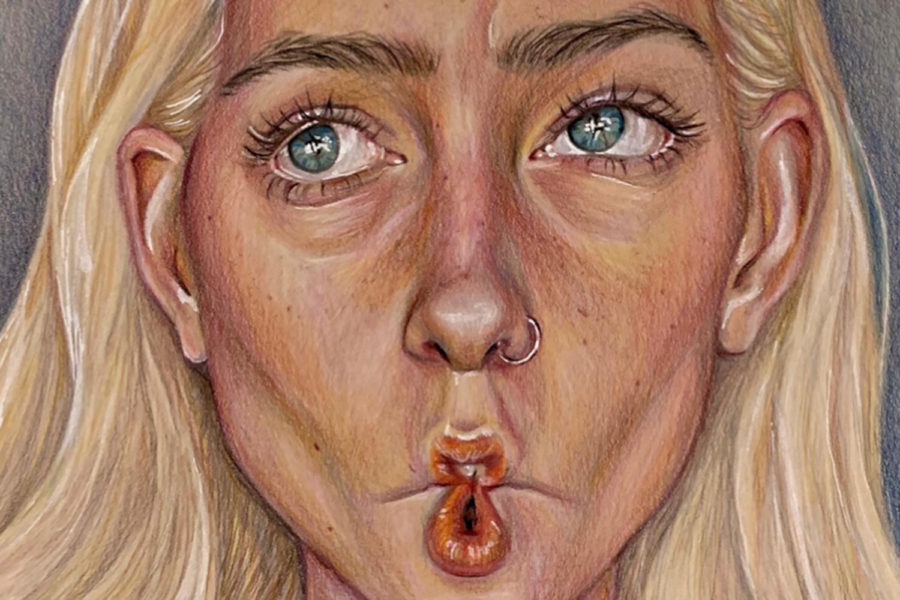 A Collaboration of the Silver Streak Staff

The show is an art contest where hundreds of high school students from Region 16 compete. For the contest, art is divided into two categories: Middle School Division and High School Division.

In the High School Division, Ambs’ art competed against approximately 230 other pieces. Ambs won Best of Show for her color pencil piece depicting a blonde female and for her acrylic painting of a dark haired female. Ambs won a cash award for both pieces. One can’t help but notice the similarity between Ambs and the blonde female portrayed in her art.

“I named that piece ‘Pseudo Dementia’ because I had just learned the definition of it and I resonated with it,” Ambs said. “Pseudo Dementia means falling into a depressive episode and having a memory problem. Starting my senior year I was having a hard time personally. I worked on that piece to take my mind off of things so finishing it was reassuring to me.”

Ambs named the portrait of the brown haired female, “Euphoria.”

“‘Euphoria’ is a TV show,” Ambs said. “It came out and I fell in love with the colors and how the show was filmed. It heavily inspired me to make it.”

Ambs said the brown haired female is a character on the show named Rue, played by actress Zendaya, who struggles with the recovery of drug addiction. Ambs worked on her art pieces both in class and outside of school.

“Her work ethic blows me away,” art teacher Adrienne Hurtt said. “That’s why her art looks the way it does. She sketches in her art book everyday and she qualifies for state every year. Last year she double metaled at state.”

After high school, Ambs plans to earn a bachelor’s degree in Psychology from the University of North Texas then come back to Amarillo to start an art therapy program.

“Amarillo currently only has counselor based art programs that are recreational and more of an outlet instead of professional sessions that focus on mental health.”

Ambs will compete in more art contests next month. She will compete in the HS150 contest in January, and the biggest art competition will be VASE, which will be Feb. 29 at Amarillo High School. 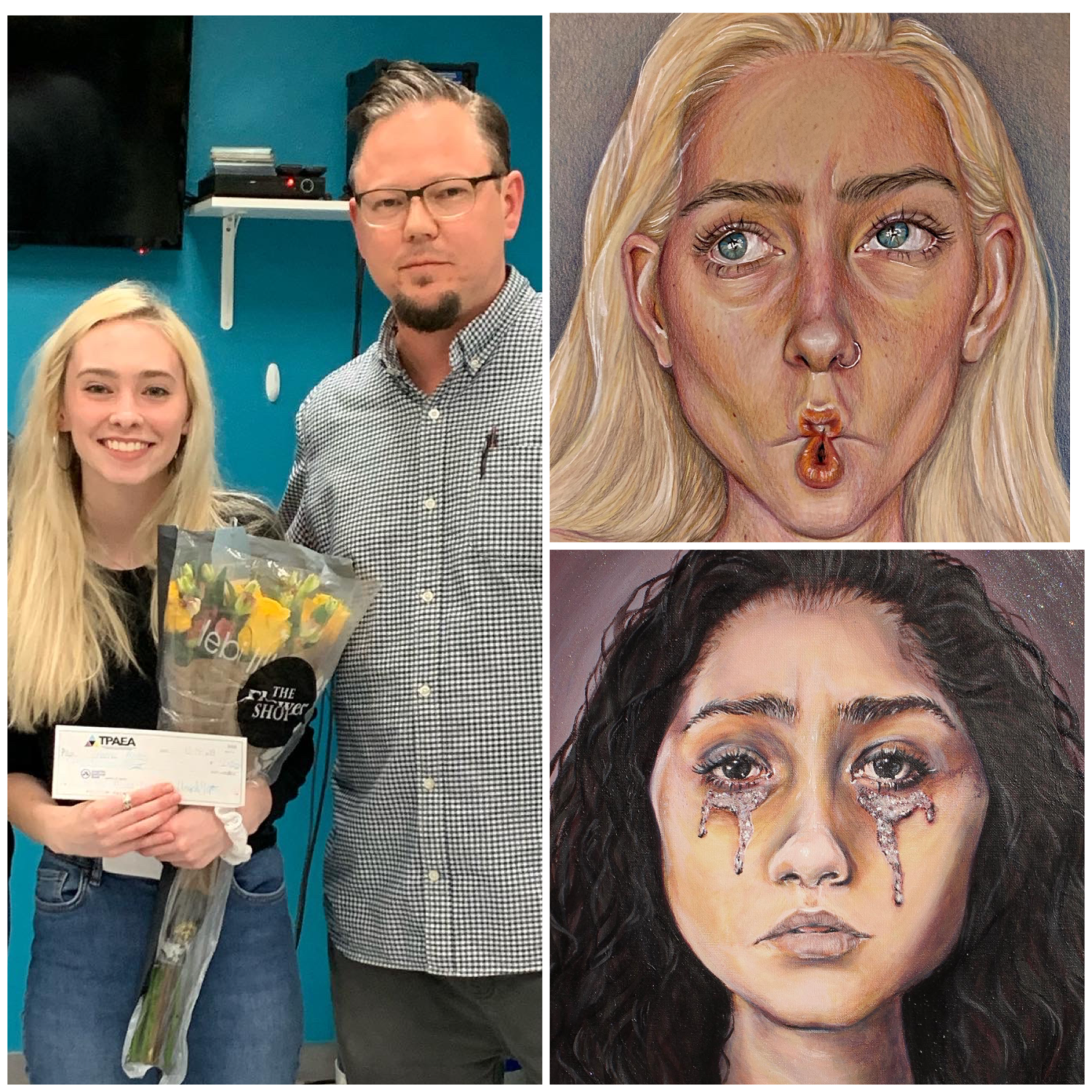