State Runner-Ups Back On The Court Again 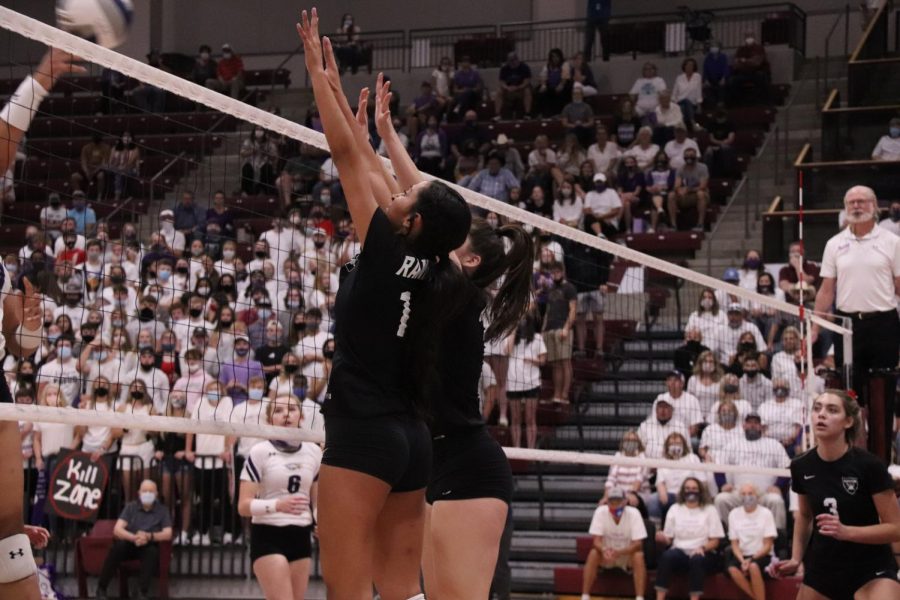 The Varsity Volleyball team swept Canyon in their Sept. 15 season opener at WTAMU.

Fans filed into the First United Bank Center in Canyon for Tuesday night’s much anticipated first match of the 2020 volleyball season. The 5A Lady Raiders took the court against their 4A sister-school, the Canyon Eagles. The post-quarantine opener came to a quick halt after just three matches, where the Raiders swept their opponents 30-28, 25-20, 25-17.

The Raider team is returning to the court following a second place state finish last season. Despite losing seven seniors from last year’s team, this year’s seniors have high hopes for a back-to-back state appearance. Senior Desiree Sotelo said the team is leaning on their motto, “trust the process,” to help make that happen.

“(This year’s seniors have) big roles to fill,” Sotelo said. “But, we are doing great on and off the court.”

Affected by the coronavirus, Texas 5A schools are starting competition later than normal and are required to wear masks while walking on and off the court and during huddles. In addition, fans are required to wear masks while in the stands. However, Sotelo said the Lady Raiders are not allowing that to detour their focus. If anything, Sotelo said the delayed start has given the team time to bond and given their fans a renewed sense of excitement.

“The mask does not affect the roar of the crowd,” Sotelo said. “Our fans are by far the best.”

The Lady Raiders will take the court again Sept. 26 against Midland at Midland High.