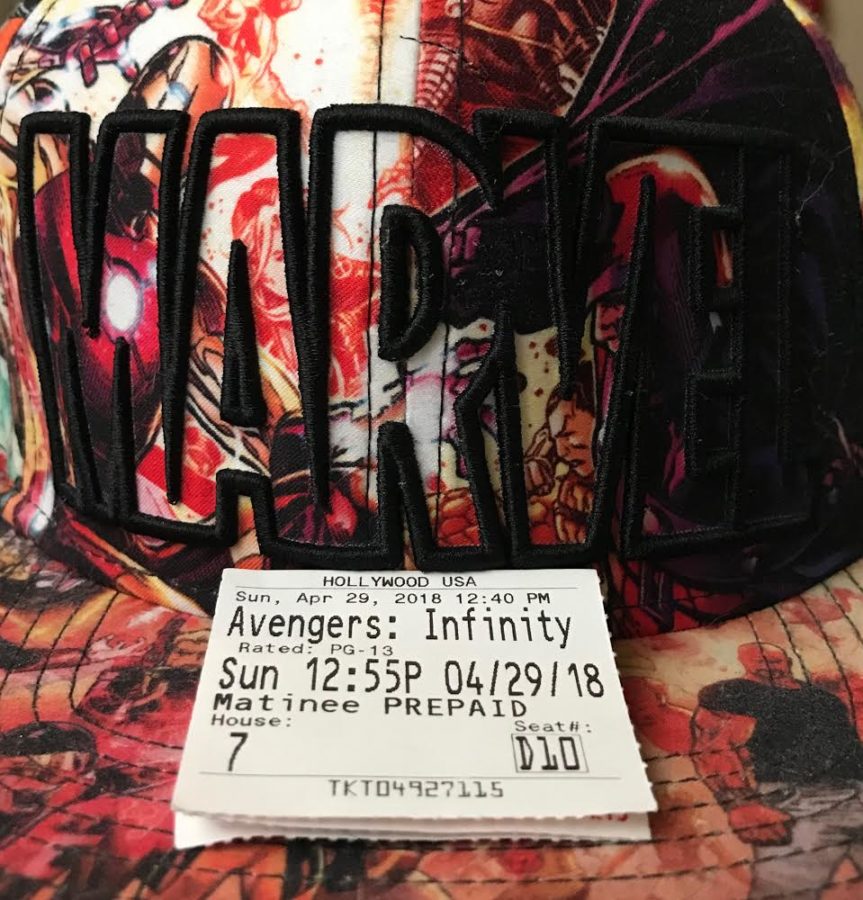 It took 10 years to get to this moment. Stepping into the movie theater almost felt like a dream, and it wasn’t until the Marvel logo showed up without its usual superhero theme that I knew it was a nightmare. The eerie music that played instead warned me of the heartbreak I would come to feel as I watched Infinity War.

This was the first movie where most of Marvel’s characters were in the same movie, and the company easily avoided the stereotypical superhero plot; it was no longer the hero saving the day. The world was not saved and the enemy was not slain. Growing up, I was surrounded by these heroes, and now I would like to go back to those simpler times. The Russo brothers, Joe and Anthony, have directed previous Marvel movies like Captain America: The Winter Soldier and Captain America: Civil War.

With great power comes great responsibility, so when Marvel dropped the heart-wrenching ending, I took to the fan base. While some dark things do lurk in the corners, the fans really know how to come up with solutions and explanations for those who can’t/won’t accept the way Infinity War ended. I walked into the movie knowing of some events that would happen, but nothing could prepare me for what I witnessed. This was truly one of Marvel’s greatest movies, but I don’t know if the Earth’s mightiest heroes can save our hearts from the tragic ending of Infinity War.